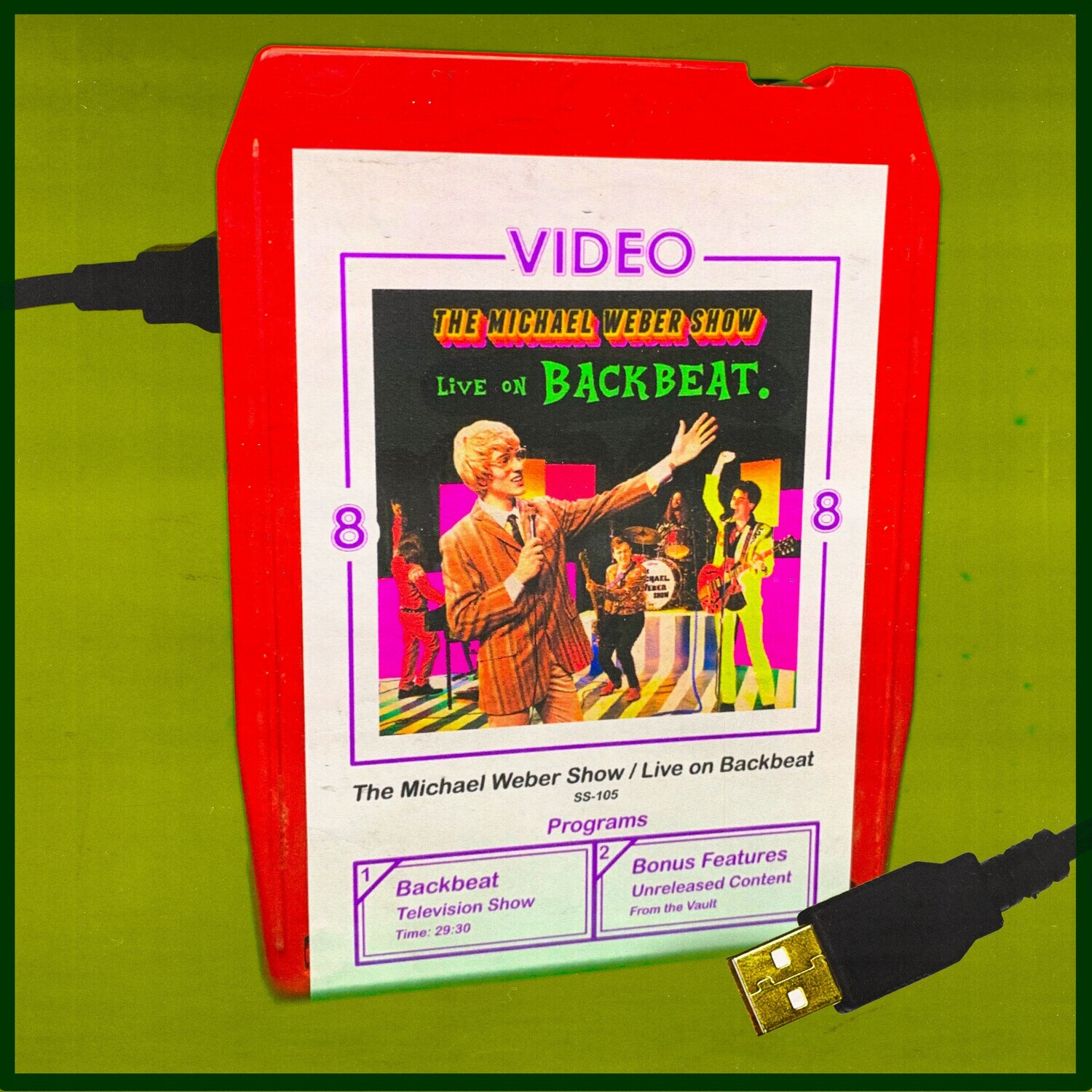 An ambitious film on a groundbreaking medium.

"Backbeat" is a 30-minute long, pseudo-1960s television special directed by Akron-native musical phenom, Michael Weber. The show features a six-song live performance from his musical group, The Michael Weber Show, plus an interview with the show's eccentric host (also played by Weber).

The initial release of this project is only available via Weber's creation of Video 8-Track Cartridges with a USB port that can be viewed on modern smart TVs and computers. The video 8-track cartridges come preloaded with "Backbeat," plus a 20-minute bonus feature mini-doc showcasing unseen footage of Weber's early forays into music, including playing with Counting Crows at age 9.

Each tape comes with a 6' USB extension cable.

3. Plug into smart TV or other applicable device

Save this product for later
Display prices in: USD